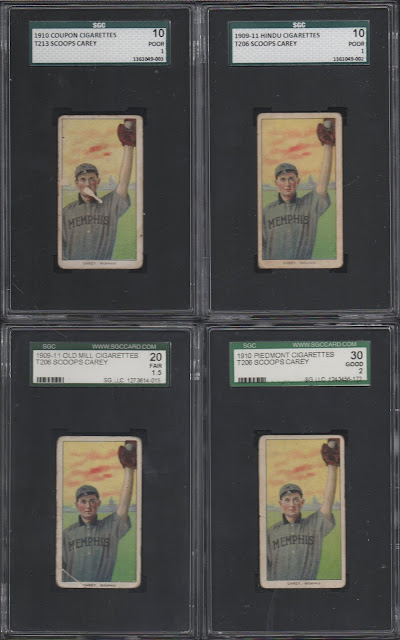 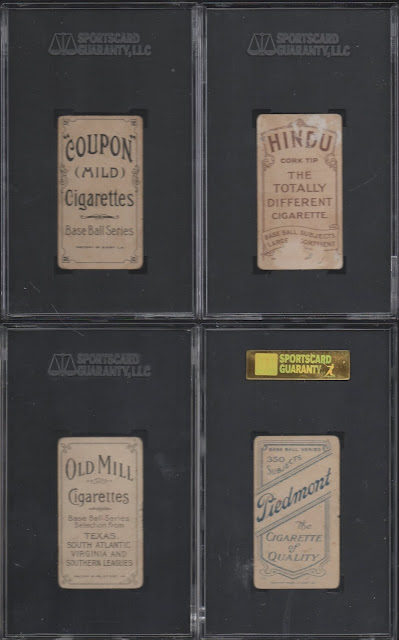 This copy didn't set me back as much as the T213, but it was still the second most that I've ever paid for a single card.  Despite the lack of similar sales, I felt good with the price.  Another SGC10 sold on ebay for about what I paid, but that sale was more than six years ago. 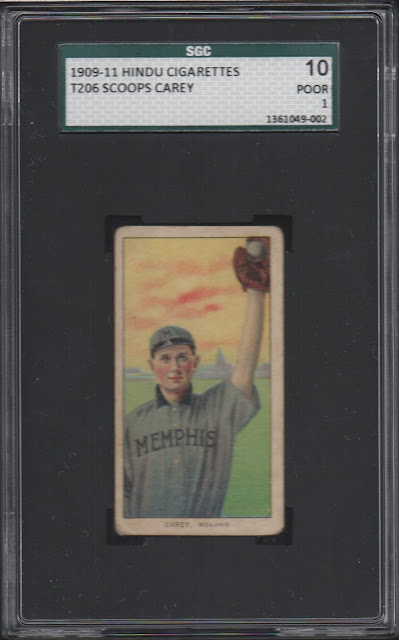 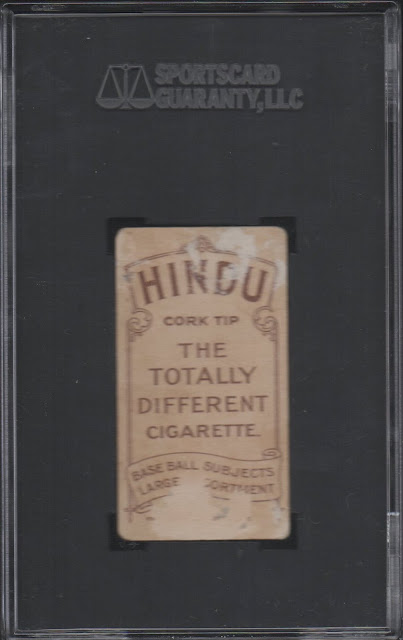 I want to put together the same rainbow of Woodie Thornton and Carlton Molesworth.  Like Carey, Thornton attended my alma mater, West Virginia University.  Molesworth is the only player in the set as a member of the Birmingham team.  I was born in Birmingham.  Both of these are long-term projects and I'll only casually search for copies.

I'd also like to pick up the only other card picturing Scoops Carey, but it's likely just a dream.  The problem is that he's in the E107 set.  Per Pre-War Cards, "One of the rarest and most expensive E-card issues is the 1903-1904 E107 Breisch-Williams set."

There are ten or less graded copies of the card in existence:

According to their Pop Reports, neither PSA or BGS has graded a copy of the card.

This leaves the realistic "what's next" as something that I've seen a few collectors write early on this year.  I plan to focus on and enjoy the cards in my collection more and focus less on adding more things.

I've been working the last few months to get more organized.  A couple of weekends ago I spent over $100 for some heavy duty storage for my cards.  I have a long way to go in both organization and entering my collection into Trading Card Database.  This is likely "what's next" for me.

If you're on Twitter, please give me a follow.  You can also find me on Trading Card Database.  I love trading cards, when it makes sense.  Happy collecting!