I received another package of 51 buybacks from @SScards16 on Twitter.  It's an absolutely amazing package of cards.  Not one of them is from 1980 or later!

After completing my T206/T213-1 Scoops Carey rainbow, and getting married in about ten months, I have to chill on spending money.  I've mentioned on previous posts about enjoying what I have and these cards will be a great example of that.  Hopefully in the next couple of months I can get on the buyback set project.

I have to figure out a different way to go about posts than Shoebox Legends because I don't want to completely rip him off.  Hopefully he knows that in this case, he knows that imitation is the sincerest form of flattery.  His buyback frankenset posts are some of my favorites in all the blogosphere.

I'll have some decisions to make on what cards win out and make the set.  I've sent him some buybacks before, but I look forward to helping him even more with his set.

Anyway, on to the cards that I received in the envelope... 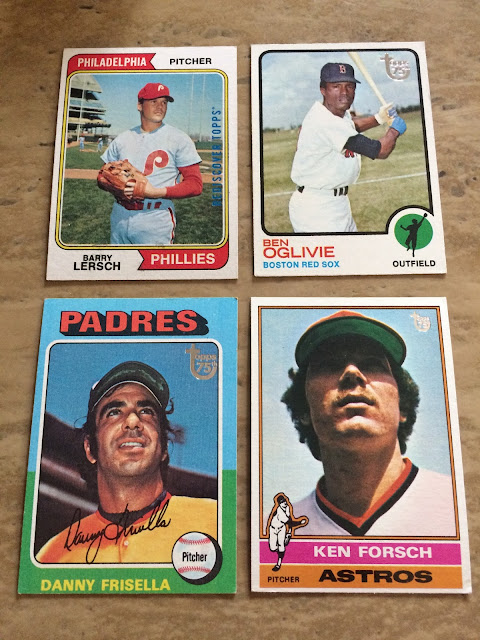 Most of the buybacks I have are the 2017 "Rediscover Topps" ones.  This Barry Lersch is the only one of those among the 51 cards. 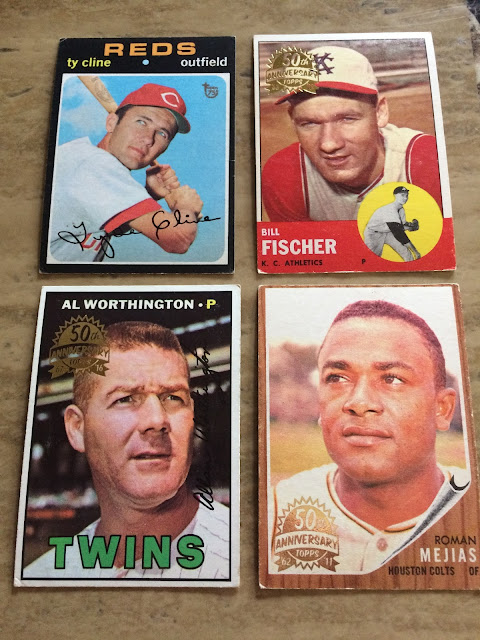 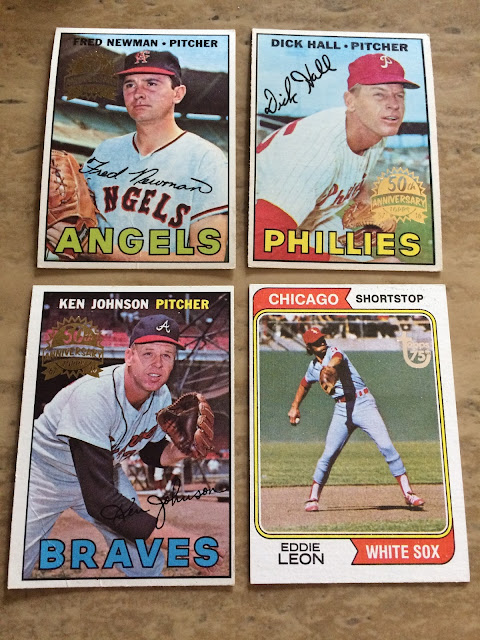 I will never understand the red and baby blue color scheme for the WHITE Sox. 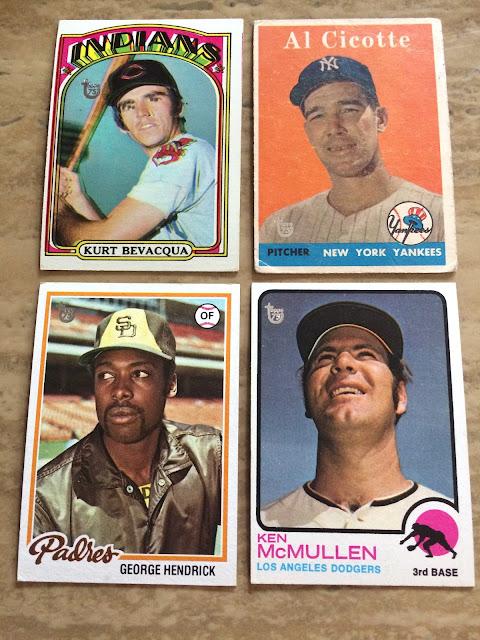 It's an unpopular opinion, but I'm not a fan of the 1972 design.  However, it will take some SERIOUS star power to ever bump this 1972.  It's an Indian (long live Chief Wahoo!) and the...I don't even know the term...blurry/double vision/3D look of the photo really appeal to me. 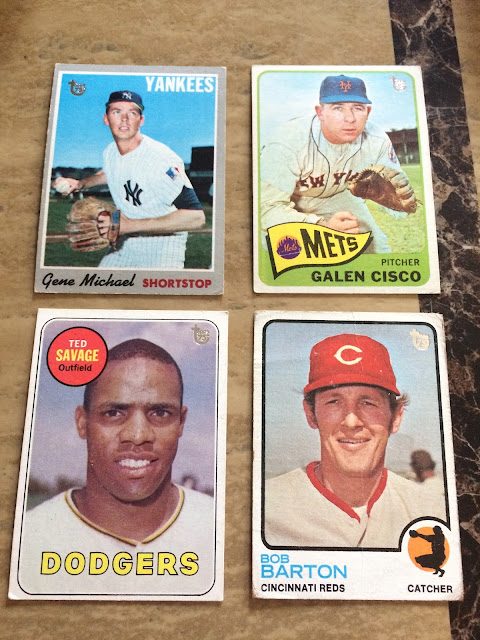 Another theme among the cards in this package was players that went on to be coaches and managers.  There are (at least) two in this photo and more to come. 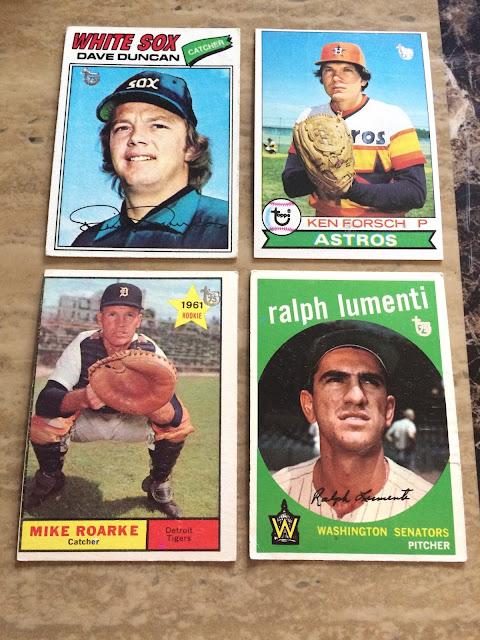 It was also a Ken Forsch hot envelope! 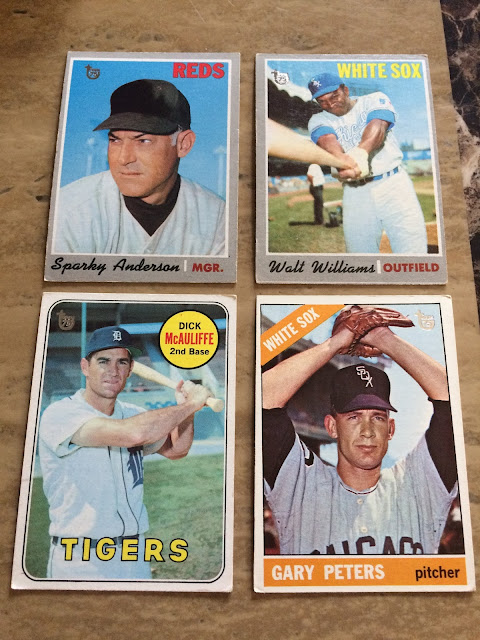 Quick math tells me that Sparky Anderson had to be 35 or younger when that photo was taken.  He looks OLD to me.  I am 39. 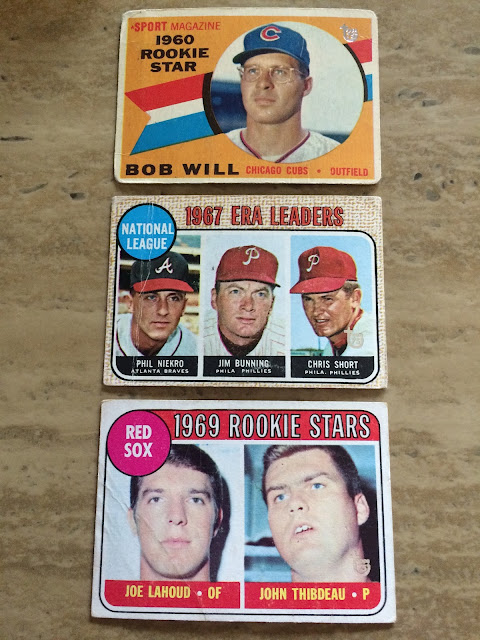 The moment I saw the name "Bob Will," this is all that I could think... 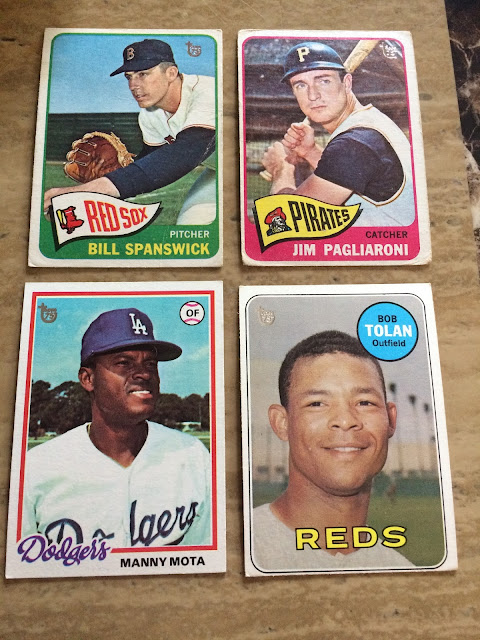 I feel that with the last name "Pagliaroni," he should have been a career Yankee. 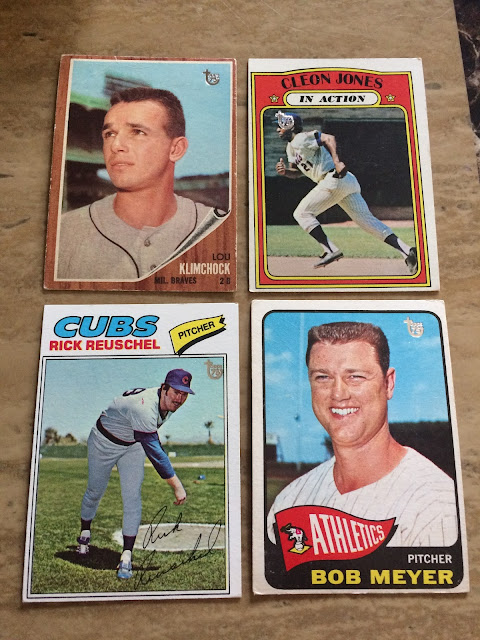 "Big Daddy" when he was still "Medium Daddy."  That will be a tough one to keep out of the set. 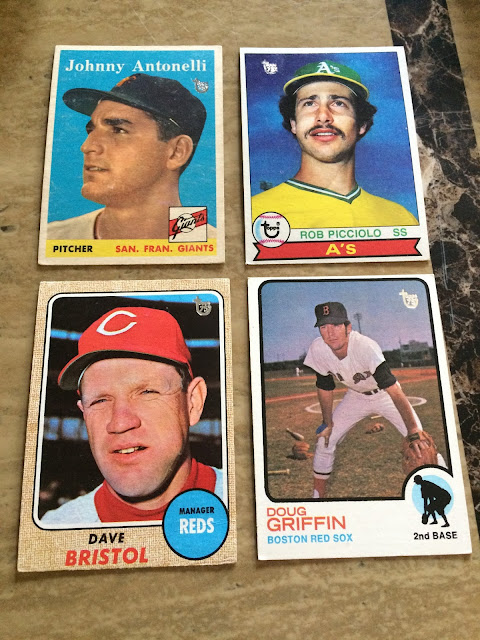 Speaking of names that sound like the player should have been a career Yankee, we have Johnny Antonelli. 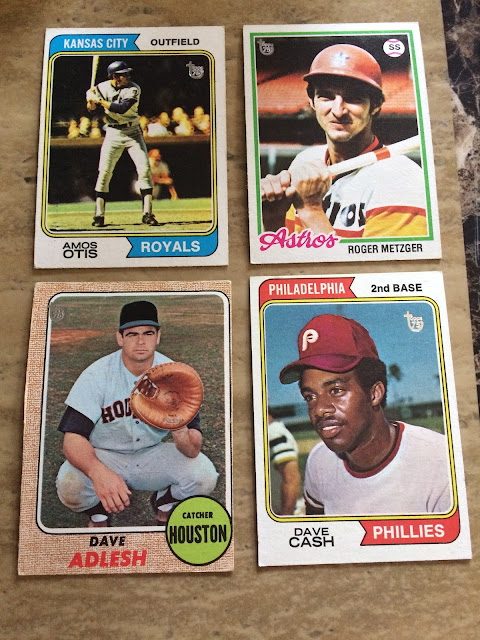 At first, I thought this Dave Adlesh was (poorly) trimmed at some point in the last 50 years.  After holding it up to another card it doesn't look to be smaller, but instead part of it appears to be slightly wider than normal. 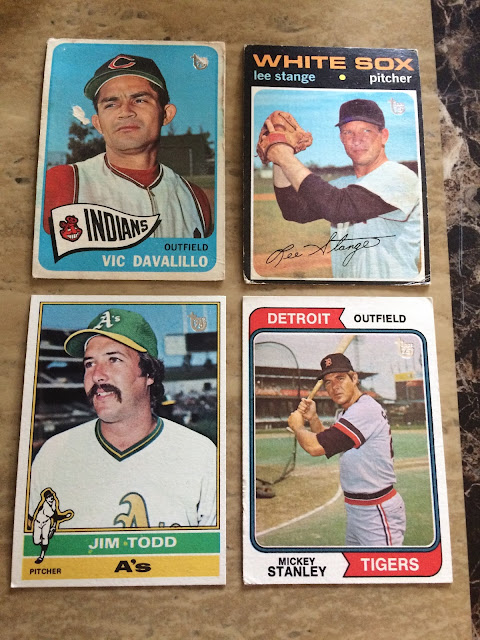 And from the last picture of this post, that Vic Davalillo almost has to make the set.  The 1965 design is another favorite of mine, and...Indians!

I need to make starting to actually organize this project a high priority.  I just always feel like I have so many things I'm working on.  Fingers crossed.

If you're on Twitter, please give me a follow.  You can also find me on Trading Card Database.  I love trading cards, when it makes sense.  Happy collecting!
Posted by Kin at 4:45 PM