I absolutely love the randomness that I found in my shop visit. 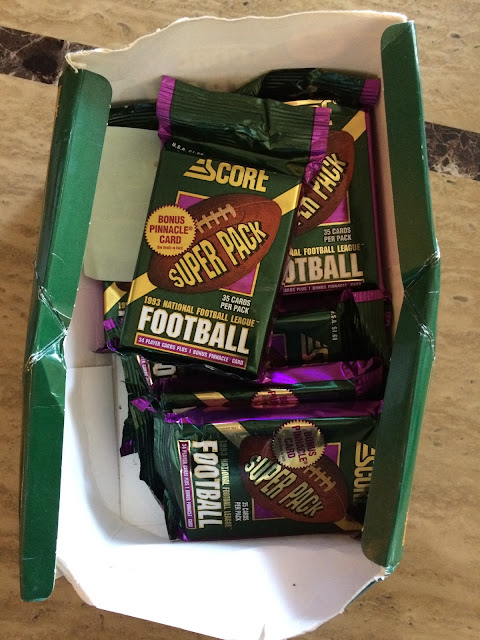 How many packs are there, you ask? 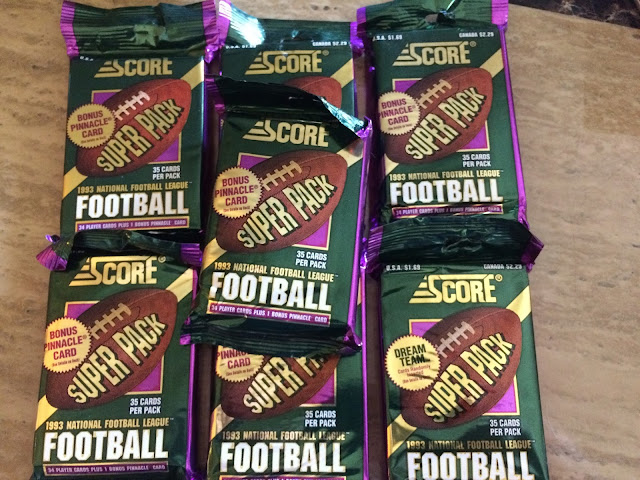 Seven "Super Packs" of 35 cards.  I bought a good bit of these in 1993, but it probably wasn't these super packs.  That 1993 class wasn't too shabby with guys like Jerome Bettis, Garrison Heart and Drew Bledsoe.  Bledsoe was the rookie I was collecting in 1993. 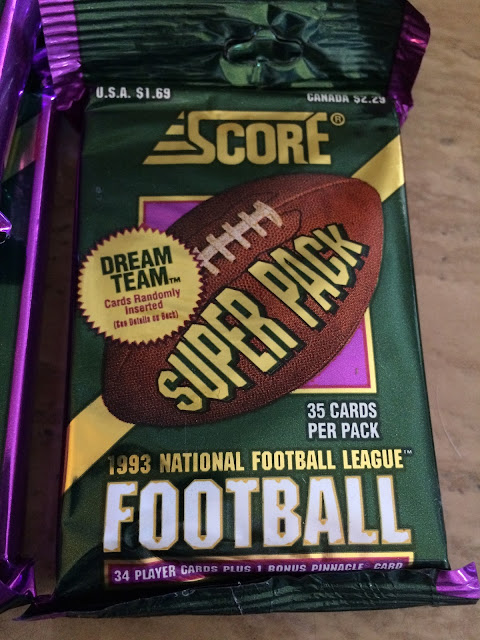 I took this picture for one purpose.  Look at the upper left of it.  $1.69 for 35 cards.  Is it any wonder why there aren't as many kids collecting today as when we were kids?  There's no way my parents could have afforded current prices.  If I was born in 2009 instead of 1979, there's no way I'd be a collector.

These are also headed to the rack for the time being.  Eventually I'll open and show some results over at A Pack To Be Named Later.

If you're on Twitter, please give me a follow.  You can also find me on Trading Card Database.  I love trading cards, when it makes sense.  Happy collecting!
Posted by Kin at 5:10 PM