PWE from The Angels, In Order

A few months ago, the fiance had me sign up for something with USPS that sends me a daily email with scans of (some) of the incoming mail.  It's usually only envelopes, so most card deliveries are surprises when I get home.  While that surprise is good, I learned that knowing something is coming is equally as exciting when you don't know the contents.

This week I saw a PWE scan of an envelope that was traveling a short distance.  Tom of The Angels, In Order, only lives ten or so miles from me.  There was a lot of goodness in that envelope!

Most of the cards were of a man that I'm hoping will be announced as a new Hall of Famer just hours after I post this...

WOW!  Some of my favorite sets!  Well, kind of.  1987 was the first year I collected sports cards and I put together multiple Topps and Donruss sets.  Those two will always be among my favorite sets ever.  I don't care about overproduction and all that.  It's nostalgia and memories of an innocent time in life.  What's better is that I've never owned an O-Pee-Chee or Leaf copy that I recall.  WAHOO!

The 1988 Score set is another favorite of mine that was represented in the envelope.  My LCS has boxes of these, but I haven't pulled the trigger yet.  I never built the set as a kid, but I plan to remedy that.  I'm always fond of Kay-Bee cards.  I loved the box sets.  Many have mentioned the small of opening Topps wax packs because of the gum.  Kay-Bee cards also had their own discernible smell.  As a kid of the late 1980s and early 1990s, I can't help but love the Classic "Saved By The Bell" design. 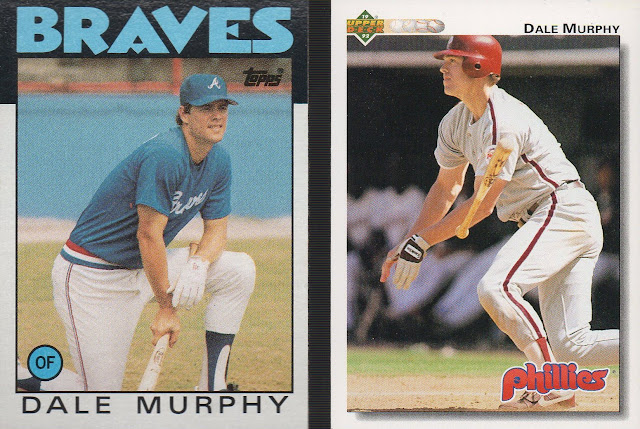 Despite the horrible design and so many off centered cards, 1986 Topps will always hold a special place in my heart.  It was the first set I ever owned.  A hand-collated set of these was given to me by my uncle for Christmas in 1986.  Sadly the set was lost in a house fire.  I've hand-collated another set and even went the extra mile to find and purchase the same album that my original set was in.

Dale Murphy never played for the Phillies.  You will never convince me of that. 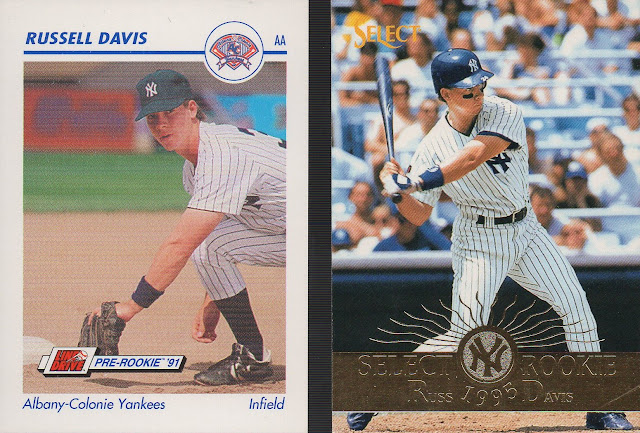 I mentioned my fondness for 1987 Topps above.  Because of it, I'm also working to complete sets from recent years with the design.  I needed two of the three of these for my set.  Love the throwback Phillies uniform.

Thanks so much for the cards, Tom.  You made me smile and take a trip down memory lane.

If you shop online and haven't signed up and used ebates yet, you're missing out.  I also use it on eBay to get money back from purchases there.  Between referrals and cash back, I've gotten over $150 in a year (including $15 back on one Black Friday purchase last week).  FREE CARDS!  If you're on Twitter, please give me a follow.  Happy collecting!
Posted by Kin at 4:00 PM