Monday, I received an envelope from Jason.  Inside was one item, the third Frank Gatski autograph added to my collection in the last month. 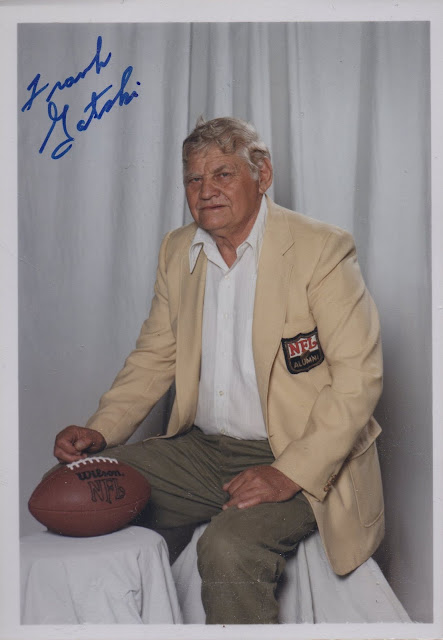 This is the first photo I have signed by Gatski.  The one you saw yesterday was an image that was printed on what I would call resume paper.  Thick, but not photo paper.  When Jason told me that he had a Gatski auto to send, I didn't really think about "what" it would be.  I never would have imagined this one!

If you shop online and haven't signed up and used ebates yet, you're missing out.  I also use it on eBay to get money back from purchases there.  Between referrals and cash back, I've gotten over $150 in a year (including $15 back on one Black Friday purchase last week).  FREE CARDS!  If you're on Twitter, please give me a follow.  Happy collecting!
Posted by Kin at 12:07 AM