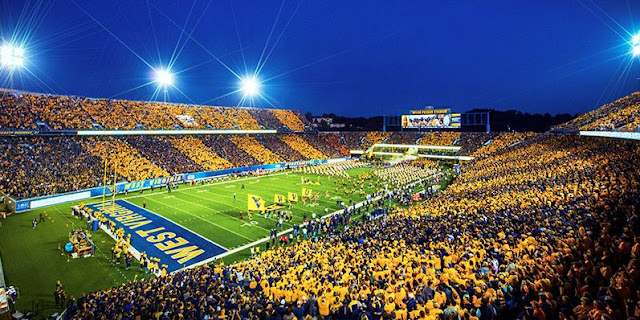 It was a four-front victory on Saturday for me.

Most importantly, WVU defeated Delaware State 59-16.  While the score looks impressive, the opinion of many is WVU did not look impressive.  This was the best tweet I have seen in awhile and I had to rip his idea off and post to Facebook myself.

For those not in the know, "Will" is stud quarterback Will Grier.  The Mountaineers open Big 12 play on Saturday, sort of.  They travel to Lawrence to play Kansas.  The Jayhawks lost yesterday to Ohio (not Ohio State, Ohio) 42-30.  It looks like an easy win, but as a Mountaineer I will never again completely dismiss Kansas (see:  11/16/2013).

Secondly, I went 4-1 in the five games I bet yesterday.  My winners were Virginia Tech, Colorado State, SMU and Oklahoma State.  None of these were big games, but that's not the point in betting.  I gladly pick the low-hanging fruit.  It was the second week in a row that I picked against Alabama covering.  The lines were just SO high.  It was also the second week in a row I won money betting ECU to not cover.  That is just a bad, bad football team.  I will keep an eye on ECU lines all season.

Some lines I'm interested to see later today are Alabama/Vandy, Purdue/Michigan and WVU/Kansas.
Thirdly, I was home alone most of the day yesterday.  I smoked ribs for dinner. 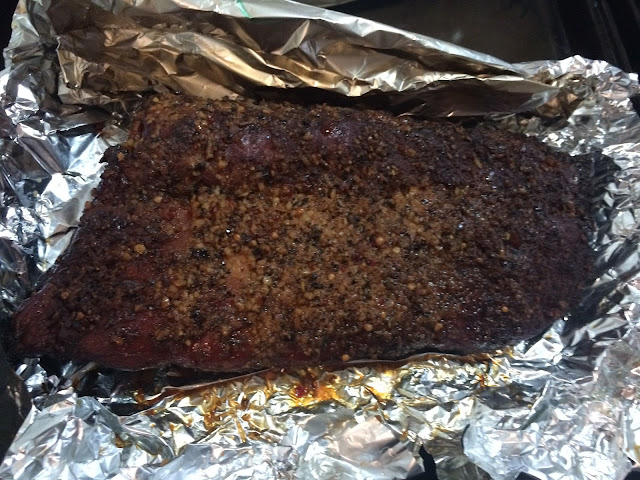 Finally, the biggest win of the day.  I couldn't sleep at all Wednesday night (into Thursday morning) and bid on some Sportlots auctions.  Shortly thereafter, I had bidder's remorse.

If you're not familiar with Sportlots auctions, they don't run like eBay.  They end once no bids have been placed for three days.  This prevents sniping but sometimes the auctions can go on for well more than a week.  I thought I'd be outbid on all the items, but yesterday was the third day and I was still the high bidder.  I logged in hoping that I was outbid on at least a couple of them.  I was outbid on EVERY SINGLE ONE!

Sometimes the biggest victories are the ones that you don't win.  I can allocate that money much better.  Have a great Sunday, everyone!