A Collector So Nice, He Sent Twice

A couple of weeks ago, I posted about a lot of buybacks that a collector that follows me on Twitter sent.  Shortly thereafter he contacted me asking if I wanted three more that he found.  Of course I did!  He also told me that he had some A&G buybacks and asked if I wanted them.  I told him that I don't collect them but if he didn't have a use, I was sure I could find a good home for them.  I certainly will! 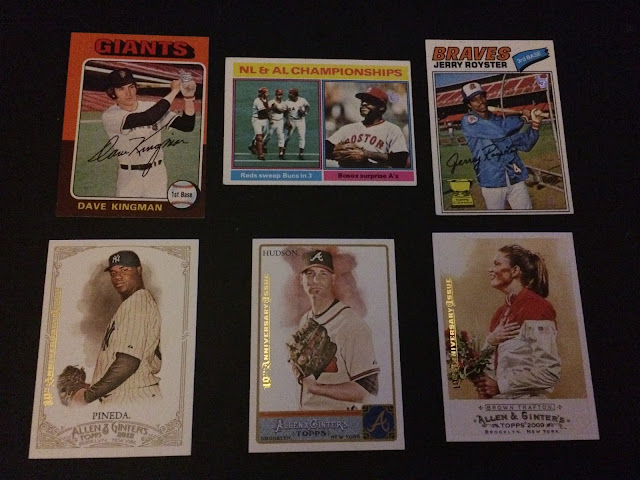 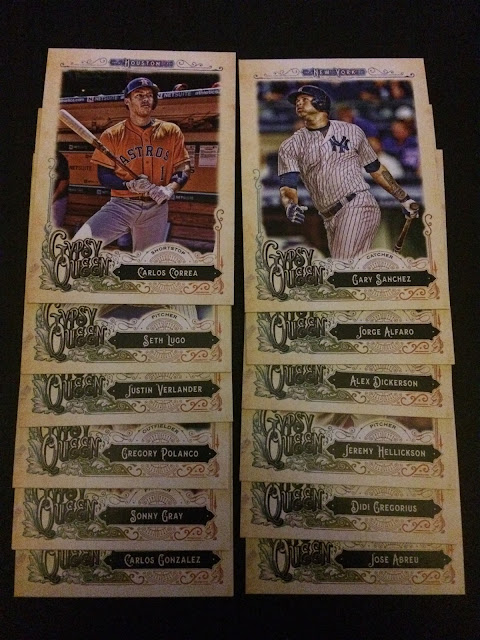 He's been very generous to me.  I guess there's a good reason he uses #collectlove on Twitter.  Make sure if you're on there to give @SScards16 a follow!  Thank you, again, for sharing the hobby love!