If you read my post from yesterday, you know that I'm at one of those hobby points that I'm not sure what to do.  Over the last 18 months I've gone multiple times between wanting to just collect vintage and being more open to modern.

I truly do get more joy out of finding and acquiring vintage cards.  When I look through what I have, I can usually remember where I picked it up and a little bit about it.  I can't say that same thing happens with modern acquisitions.

It was a busy weekend for me.  I put together a couple of bookcases and am starting to get more organized.  I finally have a good place for my hobby library of books and magazines.  I also showed on twitter my small stash of "rainy day" boxes.

Also taking up a lot of my weekend time was that I went to card shows on Friday, Saturday and Sunday.  It was a highly vintage weekend.

When I left work on Friday, I owned two cards from the T206 set.  When I returned to work Monday, I owned five.  Perhaps that sheds some light onto why I'm leaning again toward getting rid of most of my modern cards, or at least not really buying more. 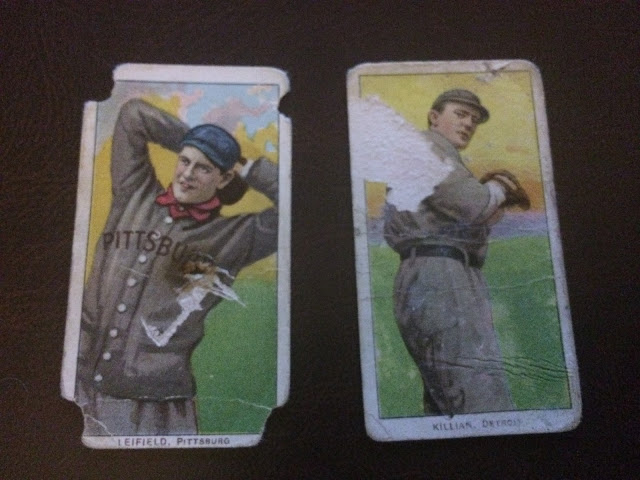 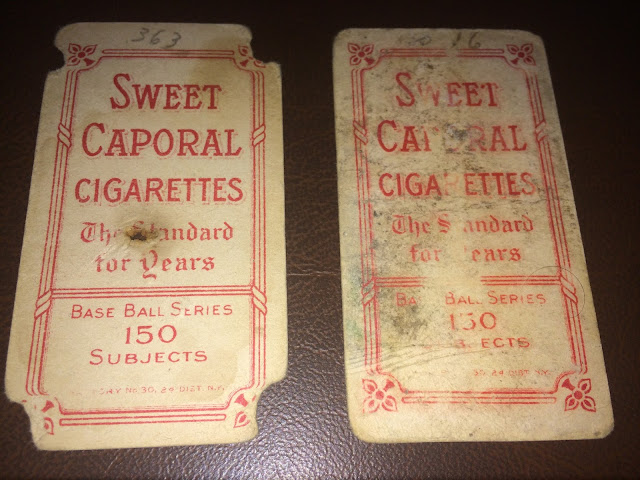 I picked these two up a few months ago.  Obviously, they would be graded at like a -1.5.  However, I picked them up for $5 apiece.  Any T206 I ever see again at $5, I will pick it up.  At one point I actually posted these for sale on Twitter and nobody wanted them.  Thank you to everyone that passed!

Before I got home on Friday, I stopped by Duane's Sportscard for his weekly card show.  Roger Neufeldt from Oklahoma set up this weekend and every time he's there, I go by.  I picked up a handful of non-sports cards, and this one T206. 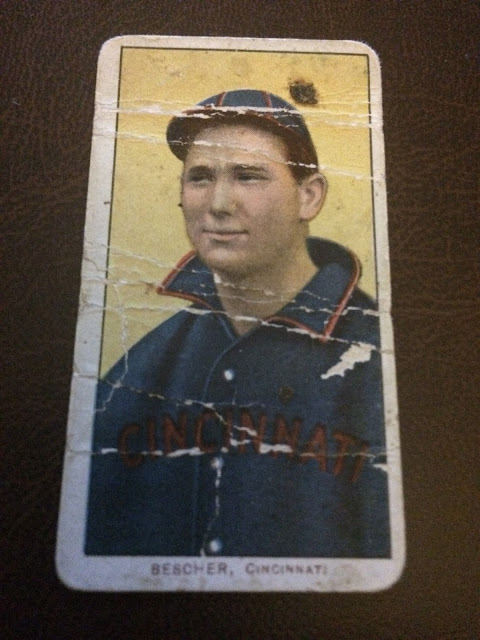 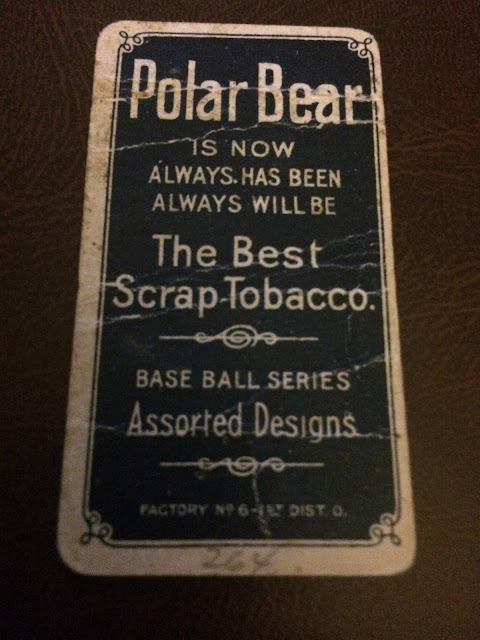 Roger had a handful of collector grade T206s at the $10 price point.  All of the others were Sweet Caporal backs, so I chose this one to mix it up a little.  I hope that the next time he's in town, he still has some of the low grade ones,  I may walk out with all of them.

There are three of the Southern Leaguers that I want, but he didn't have any of them.  Carlton Molesworth is the only Birmingham card in the set, I believe.  I was born in Birmingham.  Woodie Thornton and Scoops Carey played baseball at my alma mater, West Virginia University.  I will eventually get all of them, but this wasn't the weekend it was to happen.

On Saturday, I went back to the show (I live about 15 minutes away) and picked up another T206 and a couple of 1955 All American cards for my set.  I debated between picking up my first card from the 1952 Topps set, or another T206.  Pre-war won that battle. 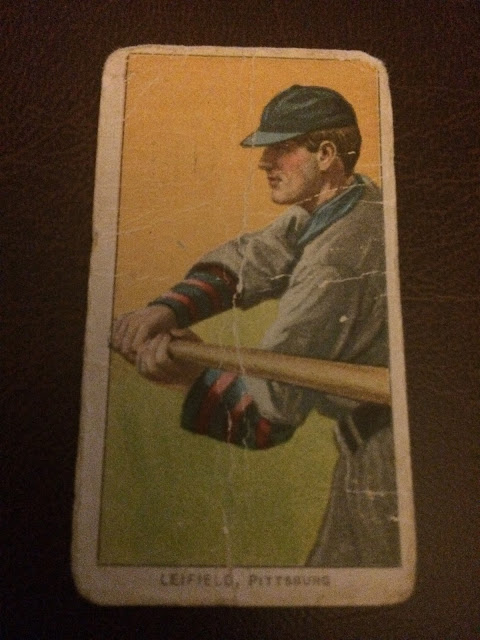 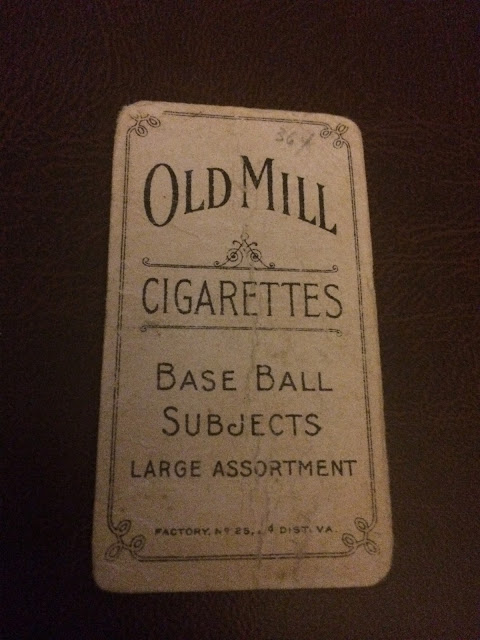 I selected this card by the same process as the card I picked up the day prior.  It was a different back.  It wasn't until yesterday that I noticed it was the second Lefty Leifield pose.  I have just five cards and two of them are the same player!

At a different card show on Sunday, there was a seller that I'd seen set up before, but not very often.  He had probably 50 or so cards from the T206.  I found out that the reason is that he doesn't care for Saturday shows and prefers the Sunday ones.  I've noted that, because I can't wait to talk with him and pick up some more cards.

I spent probably 45 minutes talking to him.  I heard stories about the "old days" of card collecting.  He's been to all but two nationals.  He spoke so fondly of his wife and how she was supportive of him and his hobby, and even attended shows with him.  He talked about attending Cleveland Indians fantasy camps (he's originally from Ohio) and that he got hits off both Herb Score and Bob Feller.

I had planned to just pick out the cheapest one he had, but that didn't happen.  We talked about some of them and I ended up picking up a variation that is a little bit tougher to come by. 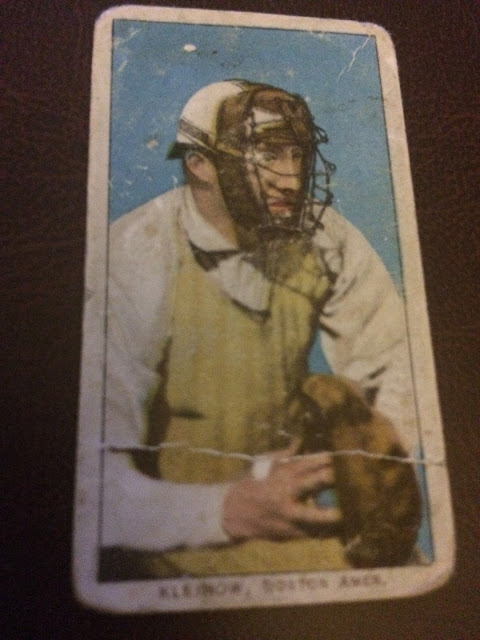 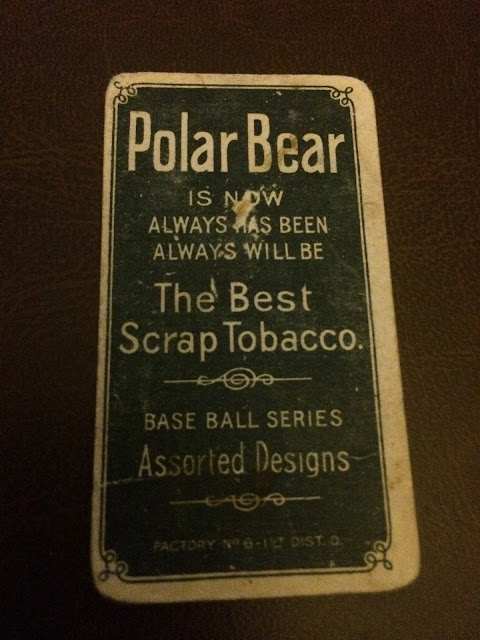 I checked eBay on my phone because I wanted to see how many of these were for sale and what the asking prices were.  When I saw that there were just two copies even listed, I was sold.

After the weekend, I'm now five cards toward the monster.  I don't believe I will ever say that I am "working on" this set, but I will continue acquiring them.  The more well-loved and cheap, the better! 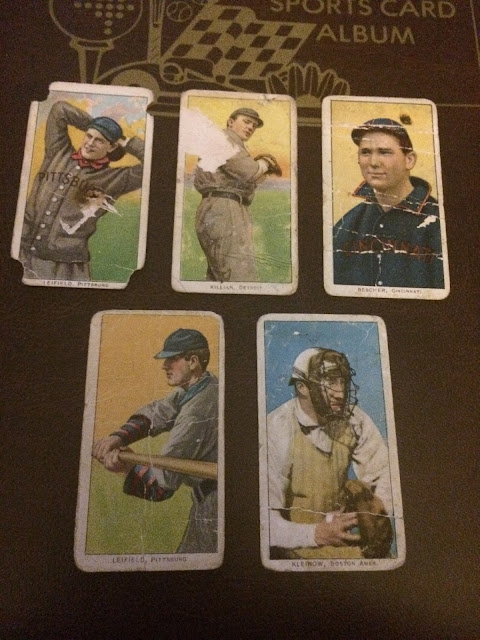 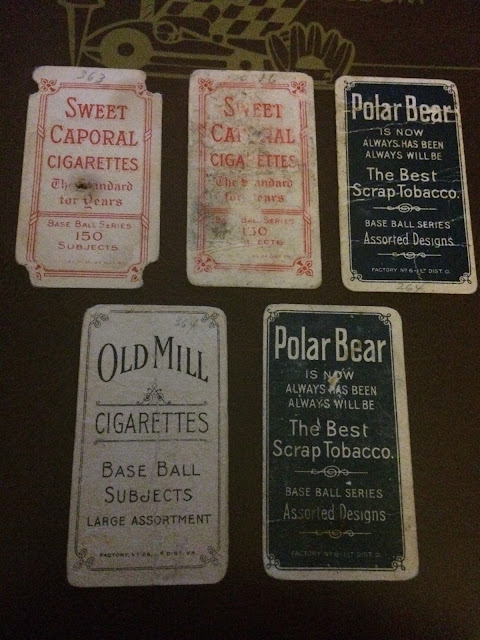 I'm pretty sure that the monster has hooked me and that a bit of the shiny cards in my collection will be finding some new homes!