In effort to complete two sets (2016-17 Parkhurst and Upper Deck Series 1), I posted a thread on Sports Card Forum in attempt to make some trades.

Once we had exchanged info on what we each had and needed, it turned out that Billy needed a few more than I did and he mentioned that he had some Young Guns if we needed it to even out.  I asked if he had any of the 2016-17 Parkhurst Red parallels since I'm acquiring cards for a set.  So I took those on, along with a Tyler Motte Young Guns and we both came out a lot closer to our sets! 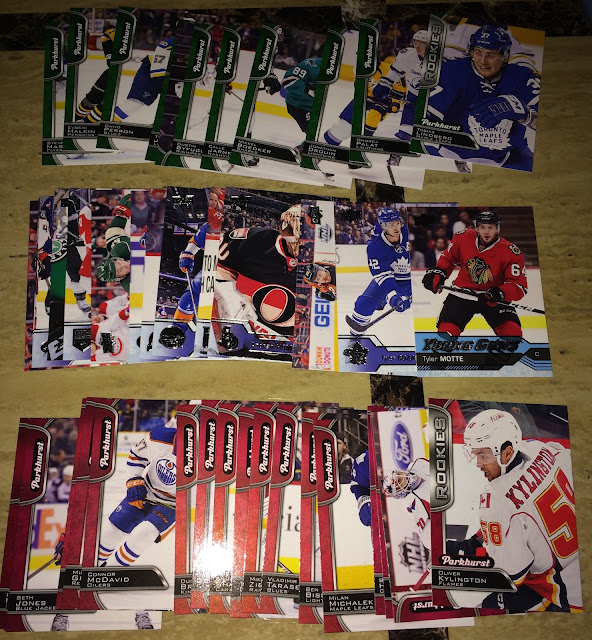 Now that either SCF has added the "Set Building" areas in each sport, I feel that it's much easier to work on trades for sets.  Or, if I have a lot of cards from a set that I don't want to complete, I can look to find someone that needs them on there.  Well done, SCF!
Posted by Kin at 5:30 AM