Got in on Series 1 Fun...turned out Not so Fun

Topps Series 1 is all the buzz today and I couldn't let everyone else have the fun.  I stopped by Target on the way home and picked up a blaster.  I debated between a jumbo pack, the 72 card box and the blaster.  I chose poorly, and not because of the cards in the blaster.

Many of the cards had damaged corners.  There were supposed to be ten packs in the box.  Mine had nine.  The packs were supposed to have ten cards each.  My next-to-last one had eight and it's not that there was a thick insert card in the pack.  I can't say for certain if any of the first few packs were short a card or two as well.

Earlier I posted a pack break on A Pack To Be Named Later.  Those cards aren't in the scans below, so make sure to take a look at it.  There were a couple of inserts in that pack.

I hear that this guy is supposed to be good or something. 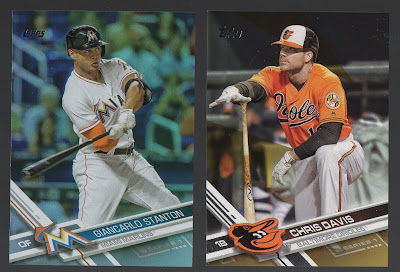 I mentioned on APTBNL that the scans don't do the gold cards (right) any justice.  They do on the Rainbow Foil parallels.

YES!  It's 1987 Topps!  One of the first two sets that I collected and it will always have a special place in my heart.  I will be working on this set so if you need something in this post that you like (other than these), it's available for trade for the 1987s. 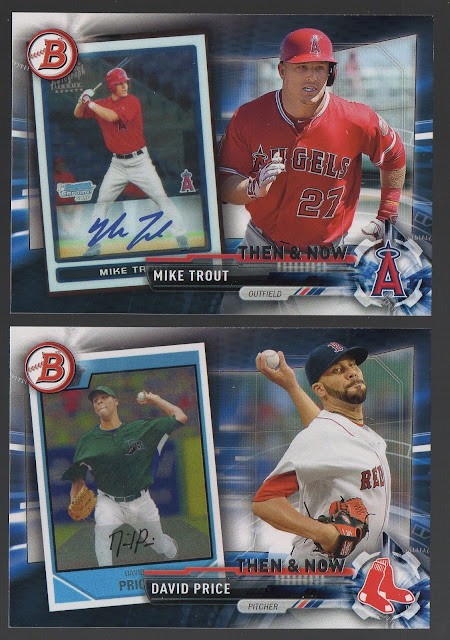 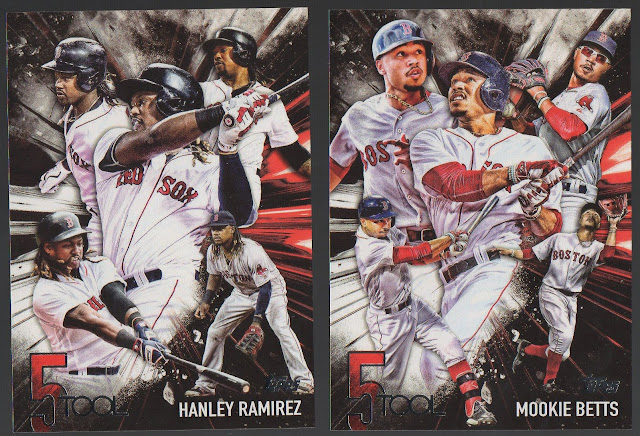 Maybe it's because I am old, but I am not a fan of the design of these cards.  HEY YOU KIDS, GET OFF MY LAWN! 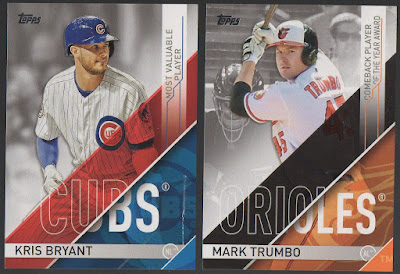 I love the HUGE scratch on the Kris Bryant card.  I was hoping to trade off some inserts to acquire the 1987 ones, but the most desirable card comes out like that.  Awesome. 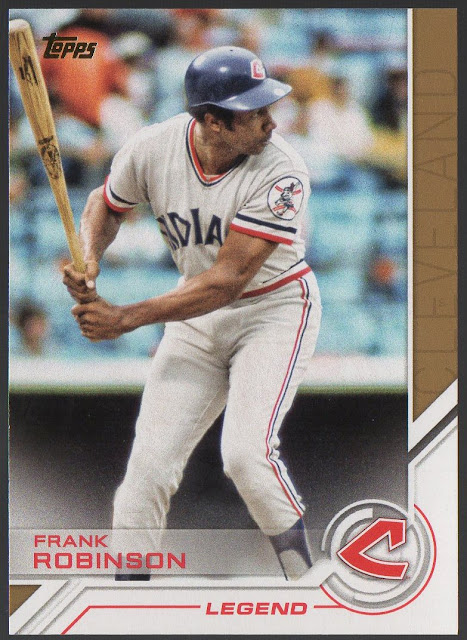 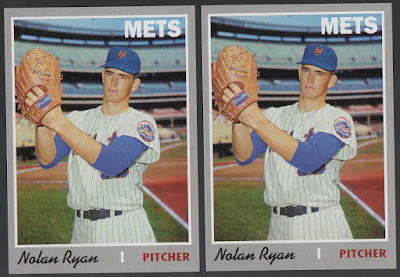 I don't believe that the Nolan Ryan "cards" are actually cards.  Nonetheless, I like them and wanted to show.

Hopefully if you're busting some boxes today, you have better luck that I.  I hope that you get all of your cards!
Posted by Kin at 7:51 PM