I could space these out just so there are new posts to make.  There's not much to say on any of them and that would be pointless.  I bring you three mail days in one post.

I decided to take the plunge and attempt to complete the 2016-17 Parkhurst Red parallel set.  The most expensive card will be the Auston Matthews.  I got it in one of the blasters that I opened.  That made this decision much easier. 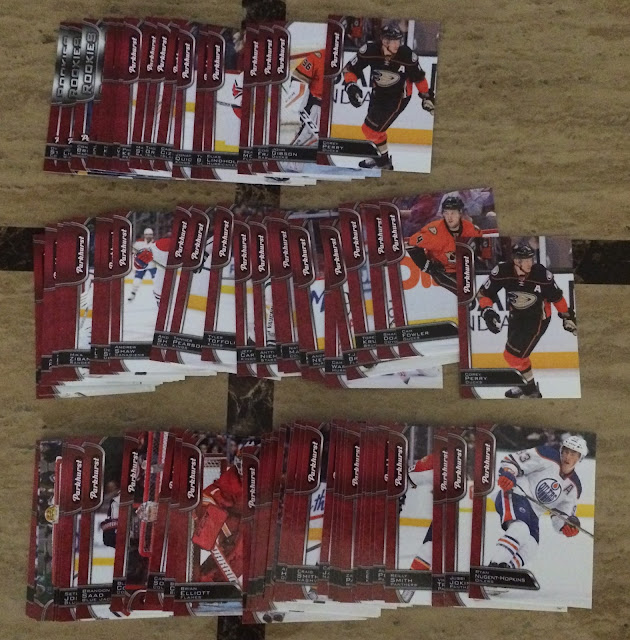 The top group of cards is 19 from Robby (@robbyt86 on Twitter).  We've made a couple of trades and he was able to help me out once again!  The second group is 25 that I bought off Sportlots.com for a quarter each.  The bottom group is 50 cards that I picked up in an eBay lot.

I was also fortunate enough to get a couple Andrew Shaw cards in there.  I didn't have one yet, but one was being held by a friend until we complete a trade.  It's always nice to knock one of the few needs that I actually have off the list.

I will try and pick up a few more lots before working on a checklist.  If you have a solid lot of these that you're not too in love with, feel free to let me know and maybe we can work something out!
Posted by Kin at 6:43 PM