This trade was in the second of three envelopes I received on Tuesday.  My trade partner is a Brewers and Blackhawks fan, making him a great trade partner.  He received quite a few Brewers refractors, rookies and numbered cards.  I feel he's probably thrilled with the trade.  I'm not unhappy. 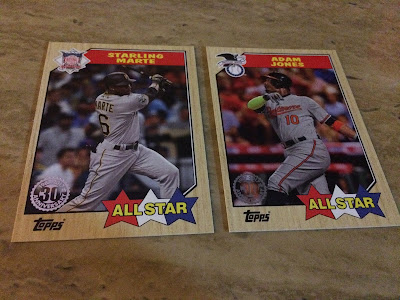 Two more cards toward my 1987 insert set from 2017 Topps.  I think I traded for the Marte in another trade as well.  Oops.  I can put it back into the traders. 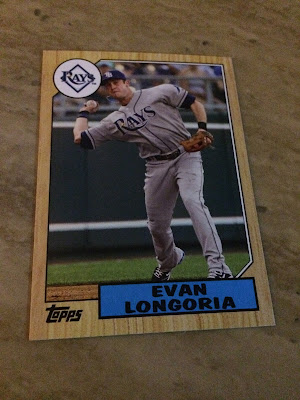 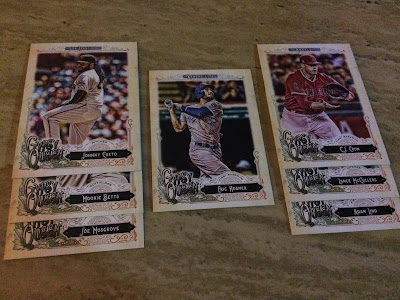 More cards toward my 2017 Gypsy Queen set.  I bought a couple of hanger packs last year and liked the look of them, so decided to work toward the set.  I'm convinced I will never complete it. 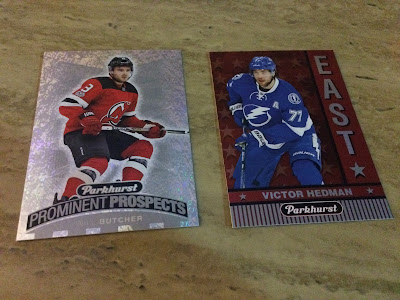 After five blasters of 2017-18 Parkhurst, I was able to complete the base set (but I need another Alex DeBrincat). I decided to attempt the master set, other than the Canadian exclusives and Prominent Prospects numbered parallels.  These come one or two per box so I still need quite a few.  Hopefully I can find more trade partners and pick these up. 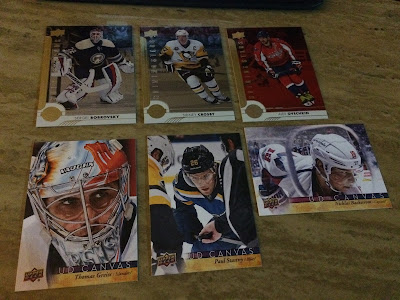 Like the Parkhurst set, I have completed the base set of Series 1 but still need plenty of Young Guns and inserts.  They say that patience is a virtue.  I'm not confident that I'm THAT virtuous. 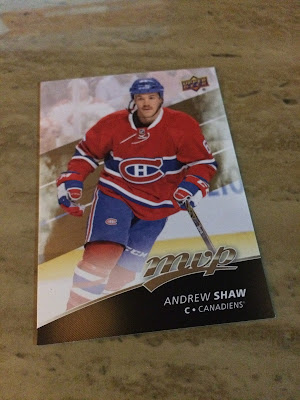 If this card looks familiar, you probably saw another copy in yesterday's trade post.  Oops. 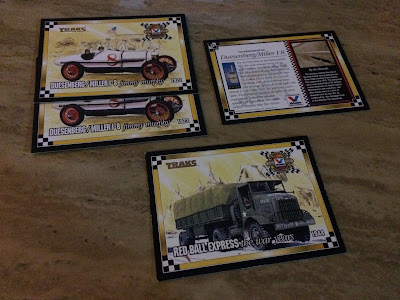 I don't know much about this set and need to learn more.  I have it on my want list because of the former Indianapolis 500 drivers in the set.  Three of the four cards above are Jimmy Murphy, winner of the 1922 race.

Most of my trades on TCDB so far have been one sport for another.  It was refreshing to find a trade partner that crosses multiple sports.  The ones I've found that can cross sports have been much easier so far.  If you can't tell, I'm a big fan of TCDB and their trade system.  The match function makes it easier to find trade partners and I approve of that!

If you shop online and haven't signed up and used ebates yet, you're missing out.  I also use it on eBay to get money back from purchases there.  Between referrals and cash back, I've gotten over $150 in a year (including $15 back on one Black Friday purchase last week).  They put $63 in my Paypal account last week!  FREE CARDS!


If you're on Twitter, please give me a follow.  You can also find me on Trading Card Database.  I love trading cards, when it makes sense.  Happy collecting!
Posted by Kin at 5:45 AM