This was my fourth trade with my now former co-worker.  I'm certainly going to miss talking cards and the ease of making trades with him.  BOOOOOOOOOOOOOOOOOO!!!!

I traded him a couple of 2018 Heritage SPs and one base that he needed for his set.  In return, I got some buyback goodness!

The combination of this being a Red Sox player and a double-zero card number had me thinking that it would be headed to Shoebox Legends' Shane sometime down the road.  Then I saw the card he has in spot #500.  This one ain't replacing that, so it will likely be mine for awhile.  Hopefully I'll get it to him down the road and he can place it somewhere other than his binder.

I didn't start collecting until 1987, but the "old" 1984 card design was one of the favorites of my youth.  I still really dig it.  I'd love to see Topps use a design that has both the "action" photo and a portrait.  Make it happen, Topps! 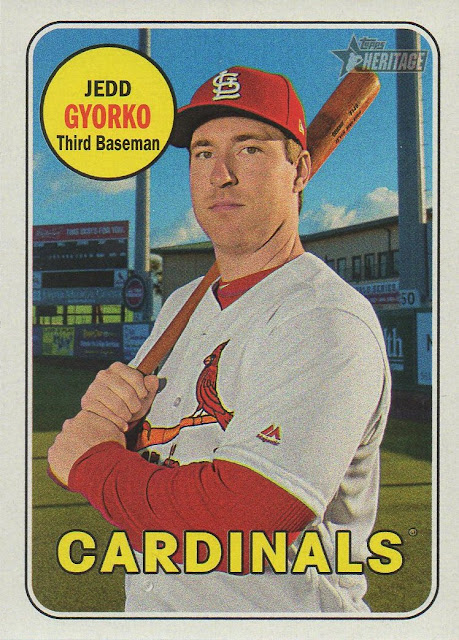 It never hurts to get another Jedd Gyorko Heritage card as a throw-in.

The last card is one for the set that I don't think I'm working on anymore.  At least I'm not going out of my way to acquire them.  I guess I'll keep taking them as they come along in trade offers, since I have so many cards in my TCDB traders.

I've decided to try selling on Sports Card Direct again.  Hopefully you'll take a look at my page and see if there's anything you're interested in.  I can always sell off the site and ship in a PWE if you're only looking for a card or two and don't want to pay $3 shipping.

If you shop online and haven't signed up and used ebates yet, you're missing out.  I also use it on eBay to get money back from purchases there.  Between referrals and cash back, I've gotten over $150 in a year.  FREE CARDS!  I have another $40+ going into my Paypal account in the next couple weeks.


If you're on Twitter, please give me a follow.  You can also find me on Trading Card Database.  I love trading cards, when it makes sense.  Happy collecting!
Posted by Kin at 4:39 PM