When I arrived home from work on Monday, I saw one of those beautiful yellow envelopes on the table waiting for me.  I've been on a bit of a buying refrigeration, so it was certainly a sight for sore eyes.  The contents were 15 cards from Robert of the $30 a Week Habit and My PCs - One Card at a Time blogs.  The 1990s hockey cards packed quite a punch!

If you didn't know it, Jeremy Roenick was my favorite player as a teen.  I'm slowly piecing back together a PC of him (Blackhawks cards only).  I know that the term "super collector" has been a thing over the past decade or so.  I hadn't heard it before, though I guess you can say that I was one as far back as my teen years.  When Roenick was traded from the Blackhawks, I had almost every card produced of his that I knew of (bear in mind, this was pre-internet), as well as all of his Starting Lineup Figures and a couple of autographs.


I miss Predictor and You Crash the Game cards.  To me, they were the original "interactive" cards. They are one of the things that Upper Deck created that changed the hobby.  I don't understand why they don't exist any longer.  Their MVP brand would be perfect for them.  It's a low-retail set and it comes out before the season starts.  What a great way to get kids interested in both the cards and the game of hockey itself.  What do I know, though?

My favorite thing about this card is the red border.  Anything Blackhawks with a black or red border is just beauty!

I don't know that everyone will agree with me, but Score made some of the best hockey products of the 90s.  Everything from the base cards to the insert sets were fantastic.


I have a couple of cards from this Roenick insert set, but I don't know which ones.  Odds are I need both of them!
So I need to modify my previous statement about Score.  Their first few efforts weren't all that great and were seriously overproduced by any standards not involving Pro Set.

Once the Blackhawks traded away Roenick, Eric Daze was the new favorite and focus of my collection.  His cards also left my collection during one of the purges and I'm slowly acquiring his cards.  It's such a shame that his back couldn't hold up.  As a guy that has some back issues, I know they are no joke.  He had three surgeries in a five-year span. 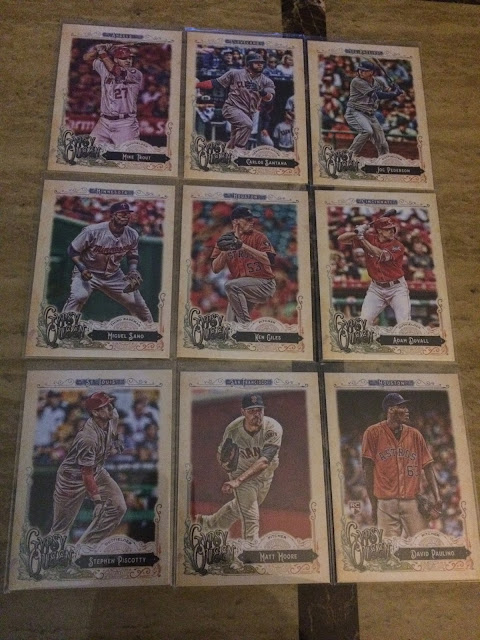 Thank you for the cards, Robert.  I already have some ready for you that will be on the way soon!

If you shop online and haven't signed up and used ebates yet, you're missing out.  I also use it on eBay to get money back from purchases there.  Between referrals and cash back, I've gotten over $100 in about seven months.  FREE CARDS!  If you're on Twitter, please give me a follow.  Happy collecting!
Posted by Kin at 1:20 PM