Too Many Davises? Negative, Ghost Rider.

I thought my title was witty when I came up with it yesterday.  It obviously isn't, as I've seen two similar titles on mail days from Too Many Verlanders/Too Many Manninghams.  Ah, well.  I'm worn down today and I'm just going to stick with it.

When I send cards out to others, I don't do so in anticipation that I will receive something in return.  Don't get me wrong, it's nice, though.  Dennis said that I've sent him two things and I won't argue, I can't remember off the top of my head.  He definitely read through my want lists and what I collect pages when he found some cards to send me. 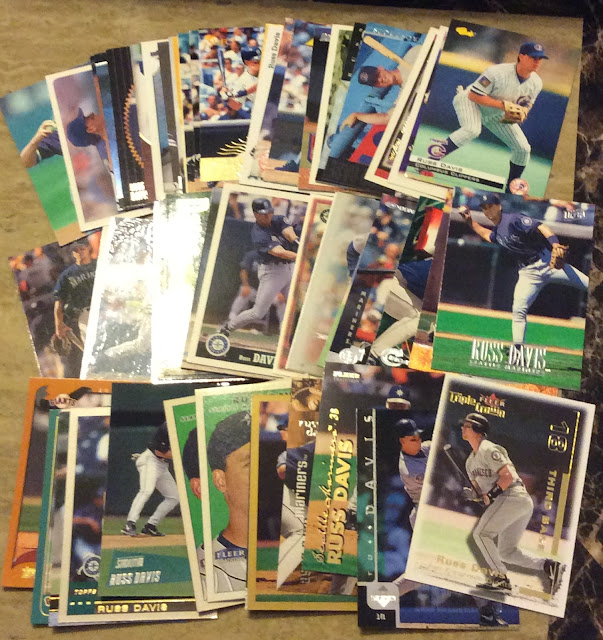 There had to be 50 or more Russ Davis cards in the envelope!  A few months ago, I was making progress on cataloging my Davis cards.  I've spent a bit less time on my collection lately and with the time I've had, some other projects have taken priority.  I do know there are more than a few of these that I need.  My baseball collecting tapered off toward the end of the 1990s and some of the later cards are ones that I know I need. 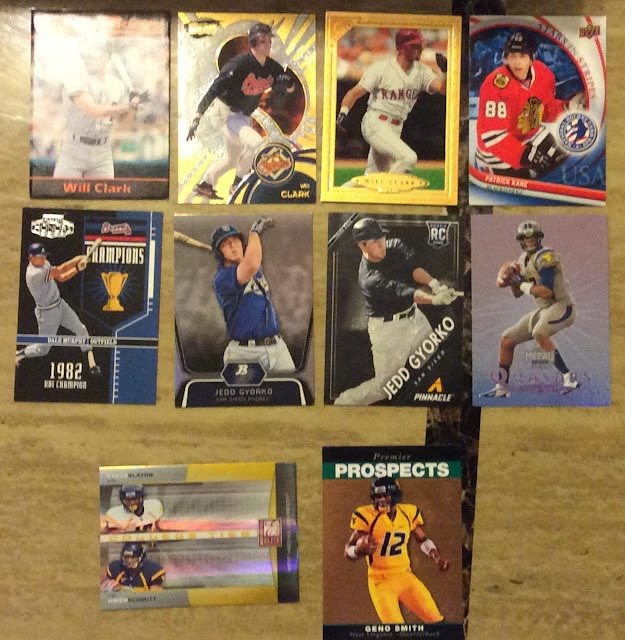 I love the Collect-A-Book Will Clark!  I had a bunch of these as a kid and I loved them.  At some point they left my possession and I'm thrilled (see what I did there?) to have one of them again.  The Clark Orioles card is definitely one that I don't have.  I don't understand why so many people hate on Pacific.

My other favorite from this group is definitely the Steve Slaton/Runaway Beer Truck card.  Owen Schmitt will always hold a special place in my heart.  On a related note, I was saddened to learn of Bob Stoops' retirement this week.  The 2008 Fiesta Bowl will always be one of my favorite football games ever. 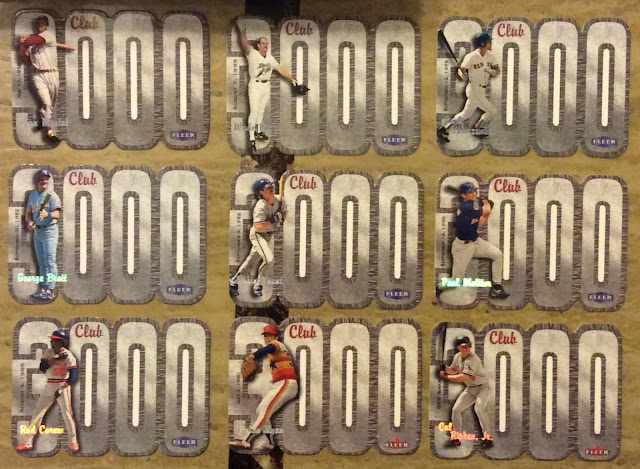 A few months ago I picked up a few of these "Club 3000" cards and added the rest to my want list.  Dennis certainly came though by adding these nine cards to my collection.  I would like to do the memorabilia set as well, but I do believe that will likely never happen. 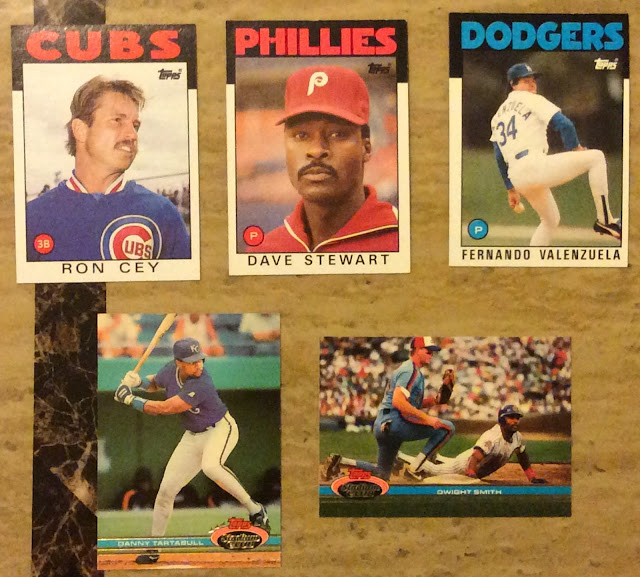 Last but not least, Dennis helped finish off two sets.  I actually finished the 1986 Topps set recently, but it's entirely possible that these could go into the set.  There are so many poorly centered cards and also ones with print defects that these might be in.  The two Stadium Club cards are the only two that I didn't get in the one box that I bought.  I'm happy to finish off the set.  I guess now I can open that Series 2 box that I have and work on that set!

Thank you so much, Dennis!  You're certainly added a lot to my collection.  There's also another package of goodies coming for you at some point.  I just need to get them mailed!

If you shop online and haven't signed up and used ebates yet, you're missing out.  I also use it on eBay to get money back.  Between referrals and cash back, I've gotten over $100 in about seven months.  FREE CARDS!  If you're on Twitter, please give me a follow.  Happy collecting!
Posted by Kin at 4:51 PM