Old Acquisitions from a New Show

Not that the area really needs ANOTHER card show, but the new Fort Worth Card Show held it's first event earlier this month.  I stopped in to support the show and walked away with a few items.

There weren't too many sellers and it was a small room, but I was VERY impressed with the amount of people attending in the short amount of time I was there.  The next show will have more sellers.  Likely due to being in a different part of the metroplex, most of the attendees were folks that I did not recognize and I'm excited to see the show grow.

I only bought from two of the sellers.  My first handful of pickups were from Rich.

I picked this card up because of Michael Jordan in a Barons uniform.  I own a few of his cards in Barons or White Sox uniforms.  I don't own one basketball card of him.  I was born in Birmingham and have attended a few games as a kid when I'd visit town for the summer.

I wasn't paying attention and ended up with two copies of this card.  If I was going to make that error, I'm glad that it was on this card.  I was in the stands when Jordan hit his first home run.

The final card that I picked up was for the wifey's Dallas Stars binder.  As much as it pains me, Derian Hatcher was one of her favorite players.  Sometimes in life we just bite our toungues!
The only other cards I picked up were from the show promoter's table.  A couple of them follow the above trend...

The final purchase was a set that I had a few cards from already and planned to complete.  At the price he was asking, I just bought the set so that I needed to give it no more thought. 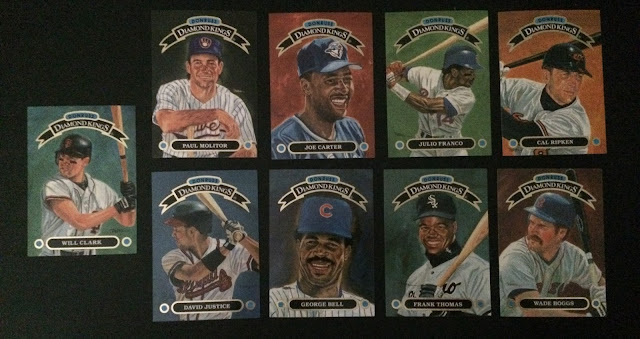 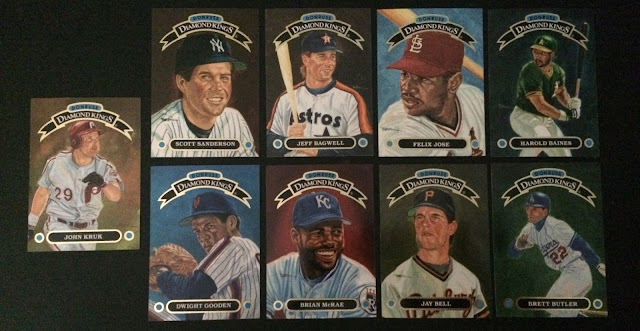 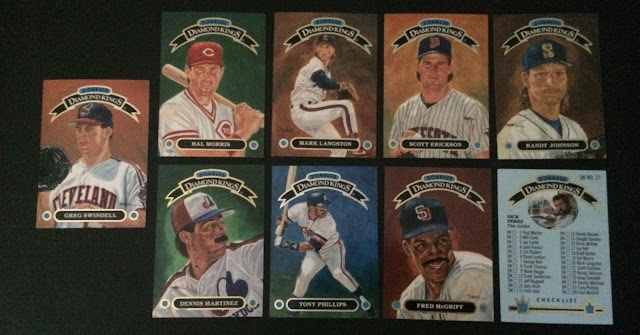 If you shop online and haven't signed up and used ebates yet, you're missing out.  I also use it on eBay to get money back.  Between referrals and cash back, I've gotten over $100 in about seven months.  FREE CARDS!  If you're on Twitter, please give me a follow.  Happy collecting!
Posted by Kin at 12:07 AM