I received an unexpected bubble mailer from Joey at the Dub Mentality blog this week.  It looks like he actually read my "TRADE ME YOUR 2017 GYPSY QUEEN!" post and I'm grateful for that.  He was just the second one that replied to it. 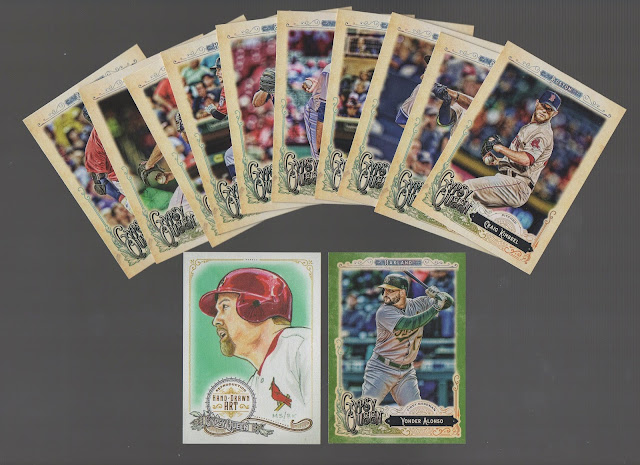 I still need to get everything in order and update my needs list.  I'm sure that I will need some of these! 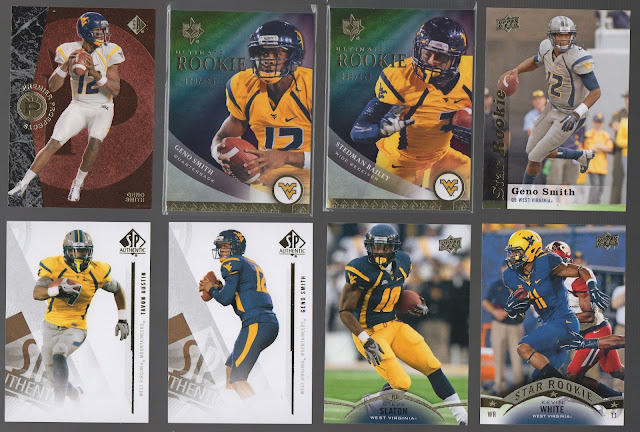 I can't lie.  I'm always going to wonder what could have been with Geno Smith, Tavon Austin and Stedman Bailey.  I expected so much more from that team.  It hurts when your defense gives up 40 a game, though.

My favorite card from the envelope was one of a Mountaineer that I think many will forget in time.  Charles Sims was a grad transfer and played just one season as a Mountaineer.  He's not going to be at the top of any statistical lists, but he was a dynamic player and the most important piece of the offense in his one season in Morgantown. 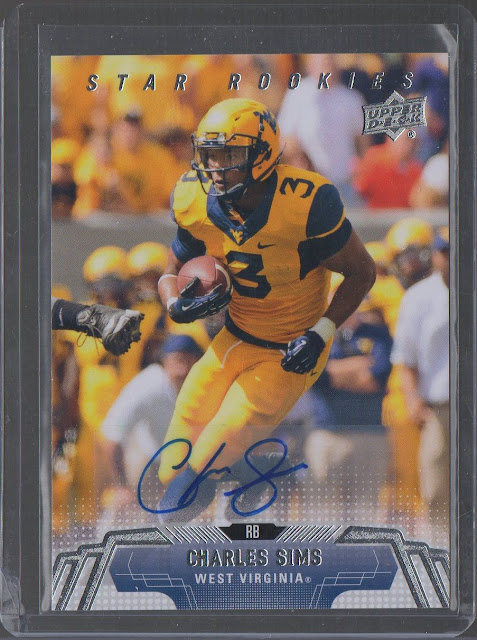 Thank you for the goodies, Joey!  I promise to give them a good home.

If you shop online and haven't signed up and used ebates yet, you're missing out.  I also use it on eBay to get money back.  Between referrals and cash back, I've gotten over $100 in about six months.  FREE CARDS!  If you're on Twitter, please give me a follow.  Happy collecting!
Posted by Kin at 12:37 PM