Jason and I send cards back and forth all the time.  I've known him for 15 or so years so there have been a lot of trades, a lot of blogging and even some podcasting.  He sent me some of the goodies from a recent pickup of his. 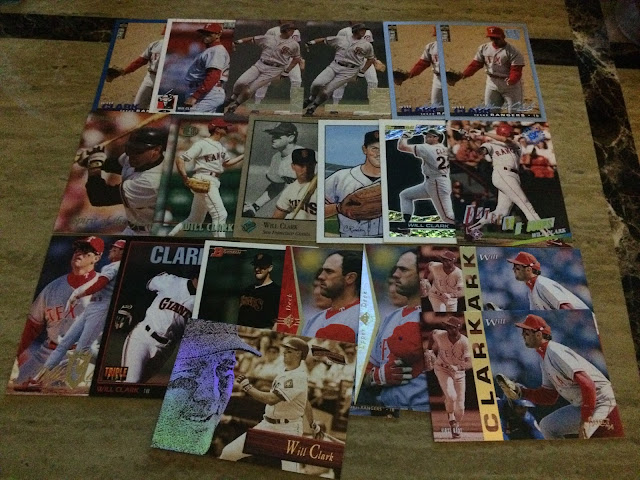 These cards took me back to my teens.  I probably had all of these 20 years ago but got rid of them at some point.  I keep putting all of my Will Clark cards together and sometime down the road, will actually organize them. 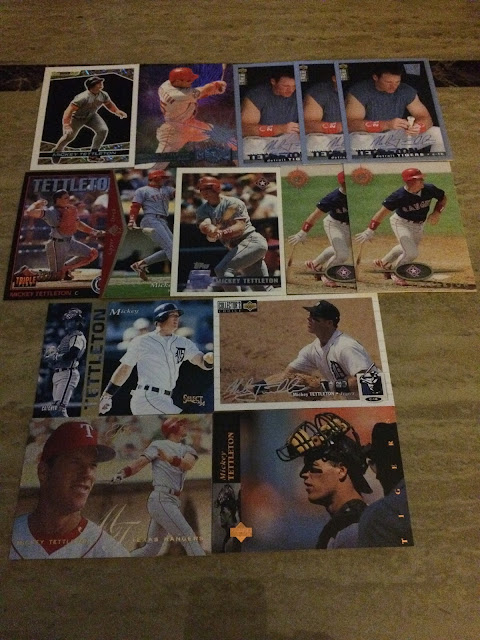 The things that I said about Will Clark above, can also be said about Mickey Tettleton.  He was another of my favorites.  I even tried using that batting stance.  I didn't try it for long. 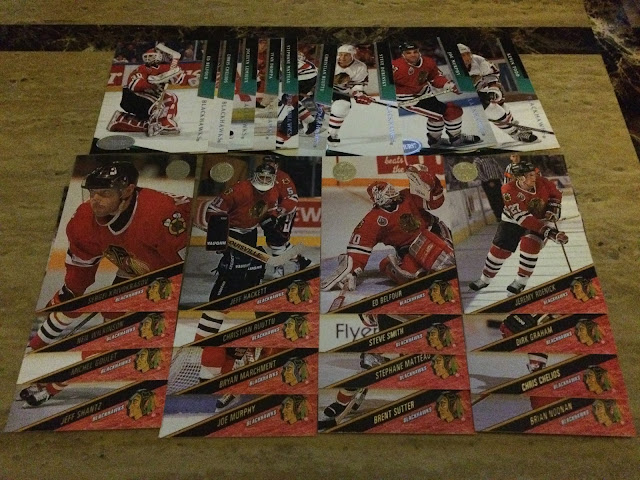 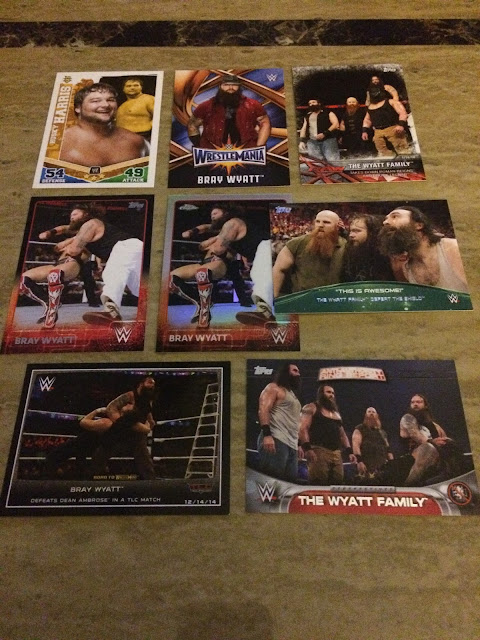 I have a good amount of Bray Wyatt cards, but I don't believe that I had any of these!  My favorite is undoubtedly the card from his "Husky Harris" days. 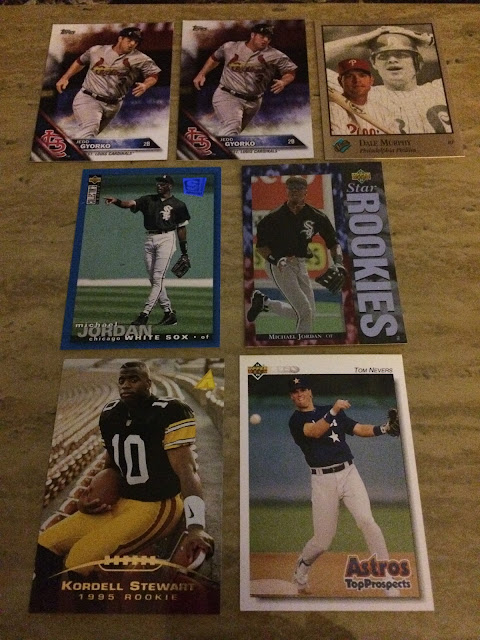 Two Jedd Gyorkos that I didn't have and a Dale Murphy that I may not either.  I'm accumulating Murphy cards just like Clark and Tettleton.  I don't own a single Michael Jordan basketball cards but I do own some baseball ones.  I didn't have either of these.  I normally wouldn't care much, but I was at the game in Birmingham the night that Jordan hit his first home run.  It's all nostalgia.  Even though I'm not a Steelers fan at all, "Slash" will always bring back good memories of my teenage years.  Not sure on the Tom Nevers...I'm wondering if there's something I don't know, or if it was dropped in my mistake. 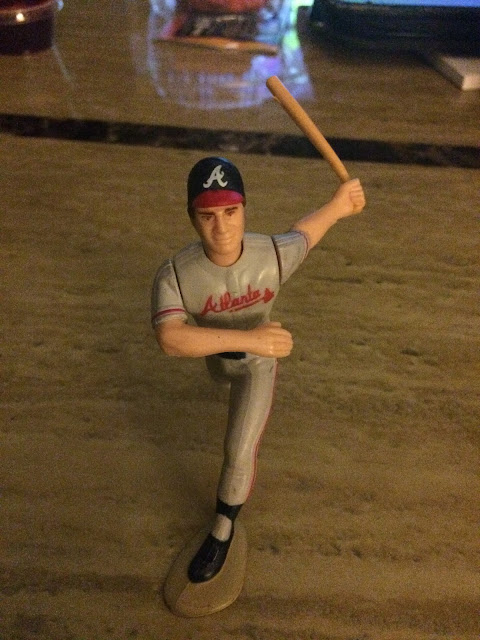 This was the highlight!  A 1988 Dale Murphy Starting Lineup!  Thanks, Jason!

If you shop online and haven't signed up and used ebates yet, you're missing out.  I also use it on eBay to get money back.  FREE CARDS!  If you're on Twitter, please give me a follow.  Happy collecting!
Posted by Kin at 12:10 AM