This Indianapolis 500 Signature Sunday post is different (and shorter) than the first two.  In those two, I had met the drivers, and neither of them are with us anymore.  I've never met Johnny Rutherford.  That's highly unfortunate since he only lives about 30 minutes from where I do.  These cards were all TTM requests.  For the TTM fans, they were returned to me within a week.  The address is on Sports Card Forum.

Anyway, on to the three cards I have (for now). 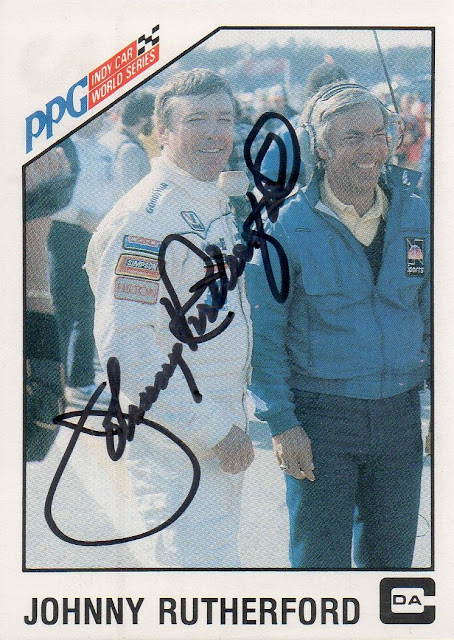 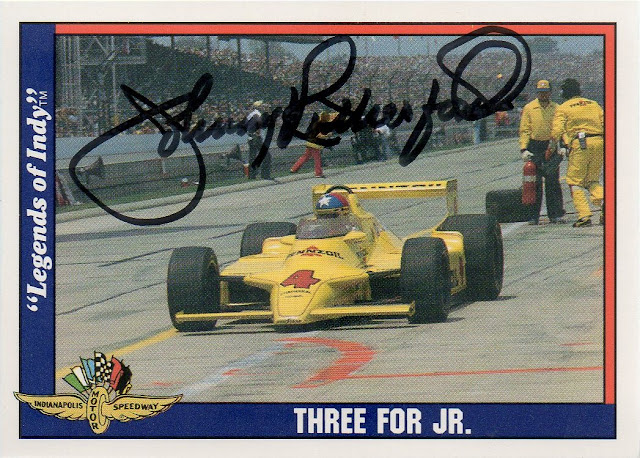 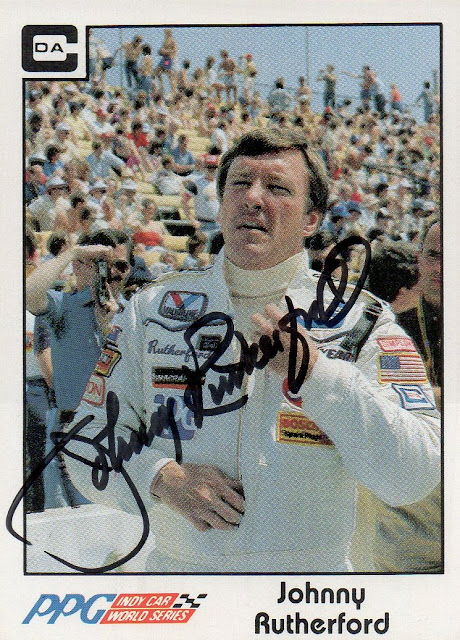 I have another TTM request that I need to get out.  Once it comes back, it will be an AMAZING addition to my collection.  I can't wait!

I've decided to try selling on Sports Card Direct again.  Hopefully you'll take a look at my page and see if there's anything you're interested in.  I can always sell off the site and ship in a PWE if you're only looking for a card or two and don't want to pay $3 shipping.  I'm going to start listing more cards daily.  It's time to get out of a lot of my stuff.

If you shop online and haven't signed up and used ebates yet, you're missing out.  I also use it on eBay to get money back from purchases there.  Between referrals and cash back, I've gotten over $150 in a year.  FREE CARDS!  Another $40 was depostied into my Paypal account earlier this month.


If you're on Twitter, please give me a follow.  You can also find me on Trading Card Database.  I love trading cards, when it makes sense.  Happy collecting!