I know, I'm very late getting this post up.  To AJ (The Lost Collector), who was my BWTP Secret Santa, I apologize.  I had this sent to my work address and I was out for almost two weeks around Christmas.  Also, I've been sick for more than two weeks.  Then to top it off, eight nights ago our sweet puppygirl Coqueta received her angel wings.  It's not just a lack of motivation to write, I also haven't opened my laptop in almost a week.  It's been a trying few weeks.

I'm back with a few posts to write, but AJ certainly deserves to have this post written first. 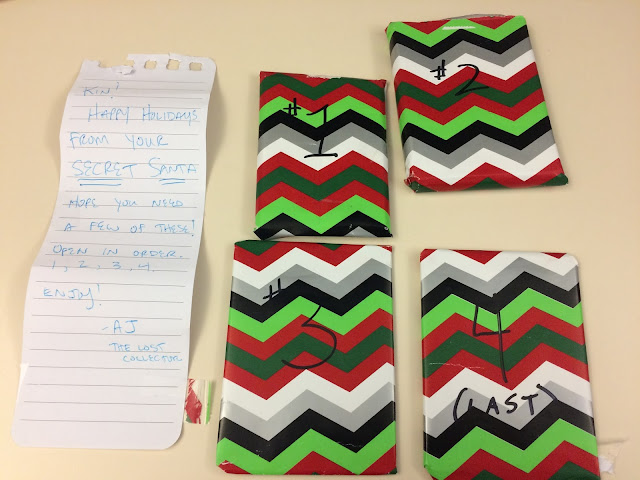 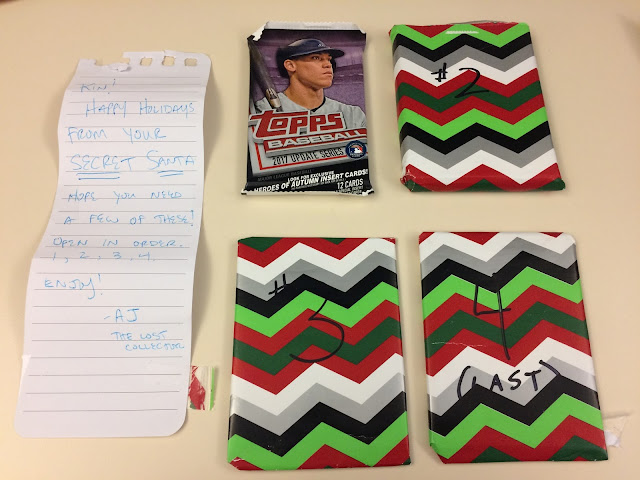 Package number one contained a pack of 2017 Topps Update.  I am not going to show what was inside here.  You'll have to check A Pack To Be Named Later in the upcoming days.  AJ probably didn't know it, but he also gave me the gift of a second blog post from his gift. 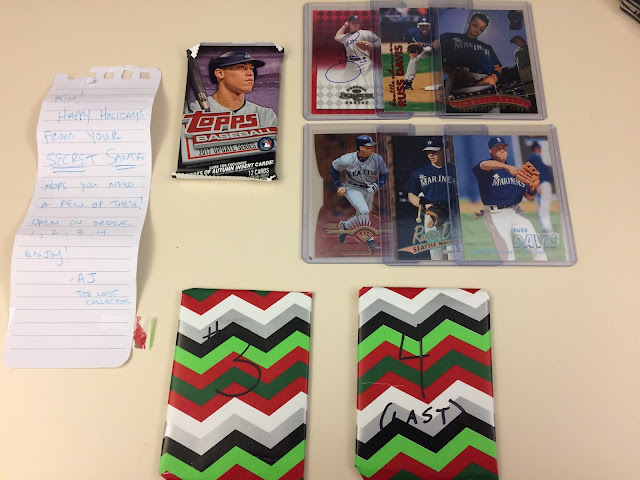 RUSS DAVID GOODIES!  In his note, AJ mentioned that he hoped I needed some of the Davis cards.  I was sitting at 70.5% complete, so the odds weren't in his favor.  He did very well!  I needed three of the six cards!  The 1999 Fleer Tradition Warning Track, 1997 Fleer Tradition Tiffany and the 1997 Ultra Gold Medallion cards are all new to my Russ Davis collection.  Of the ones that I had, he was really close of the Leaf Die-Cut.  A few months ago I needed it.  SO CLOSE!  I did have the Donruss autograph, but what player collector doesn't want more autographs? 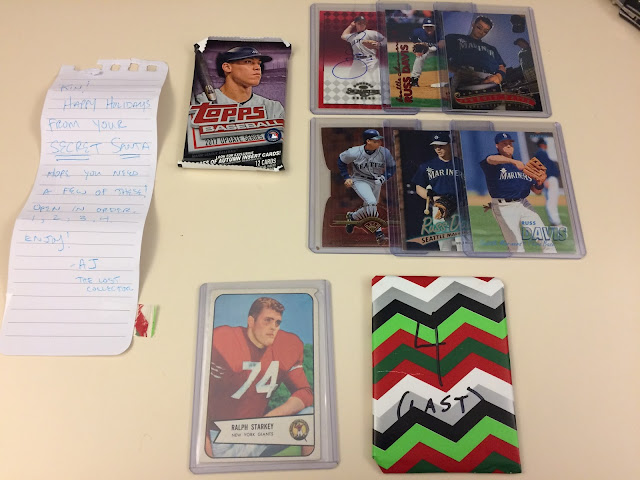 VINTAGE MOUNTAINEER!  While I did have a copy of this card already, I'm thrilled to have another.  I can't get enough copies of vintage Mountaineer cards.  Hell, there's a Bruce Bosley card that I have about ten copies of.  I don't pass them up, I give them a great home. 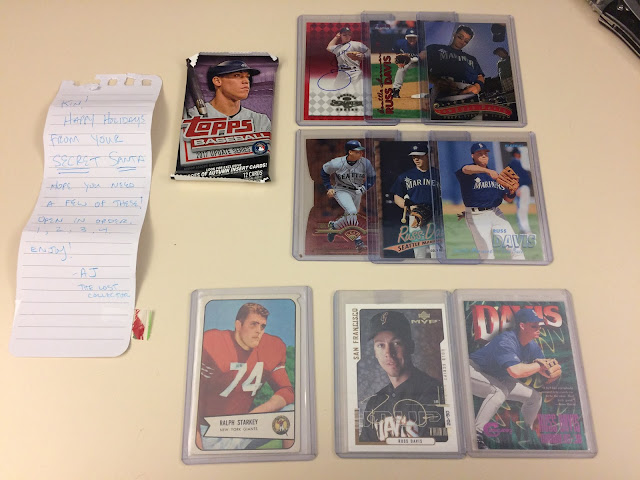 LOW NUMBERED RUSS DAVID GOODIES!  The 1997 Rave Circa Rave card is numbered 80/150.  I do have a couple of copies of it, but I keep multiples of low numbered inserts and it's going nowhere.  The 2000 MVP Gold Script is numbered 20/50 and is one that I needed!  WAHOO!

Thanks so much, AJ!  I am absolutely thrilled.  Adding four more cards to the Russ Davis collection is awesome!  You outdid yourself, my friend!

If you're on Twitter, please give me a follow.  You can also find me on Trading Card Database.  I love trading cards, when it makes sense.  Happy collecting!
Posted by Kin at 6:00 PM